Brentwood is an affluent neighborhood on the  Westside of Los Angeles. Its 33,000+ residents are considered highly educated, and it is the home of seven private and two public schools.

Originally part of a Mexican land grant, the neighborhood began its modern development in the 1880s and hosted part of the pentathlon  in the 1932 Summer Olympics. It was the site of the 1994 O.J. Simpson murder case and of a disastrous fire in 1961.Brentwood has been the home of many celebrities.

Modern development began after the establishment of the 600-acre (2.4 km2) Pacific Branch of the National Home for Disabled Soldiers and Sailors in the 1880s. A small community sprang up outside that facility’s west gate, taking on the name Westgate. Annexed by the City of Los Angeles on June 14, 1916, Westgate’s 49 square miles included large parts of what is now the Pacific Palisades and a small portion of today’s Bel Air. Westgate Avenue is one of the last reminders of that namesake.The Sunset Fields Golf Club, known as the Brentwood Country Club since 1941, hosted the running part of the modern pentathlon event in the 1932 Summer Olympics.

Local traditions include the annual decoration of San Vicente Boulevard’s coral trees with holiday lights and a Maypole erected each year on the lawn of the Archer School for Girls, carrying on that set by the Eastern Star Home previously housed there. This building was the exterior establishing shot for the “Mar Vista Rest Home” that provided a key scene in the 1974 film Chinatown. 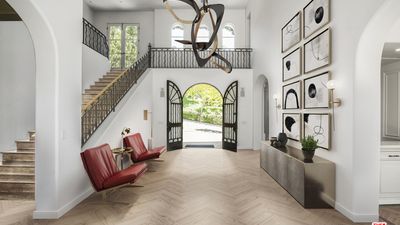 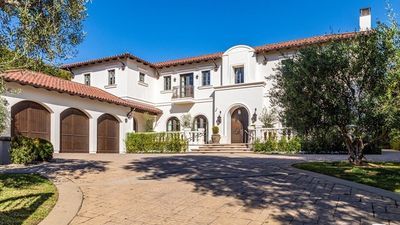