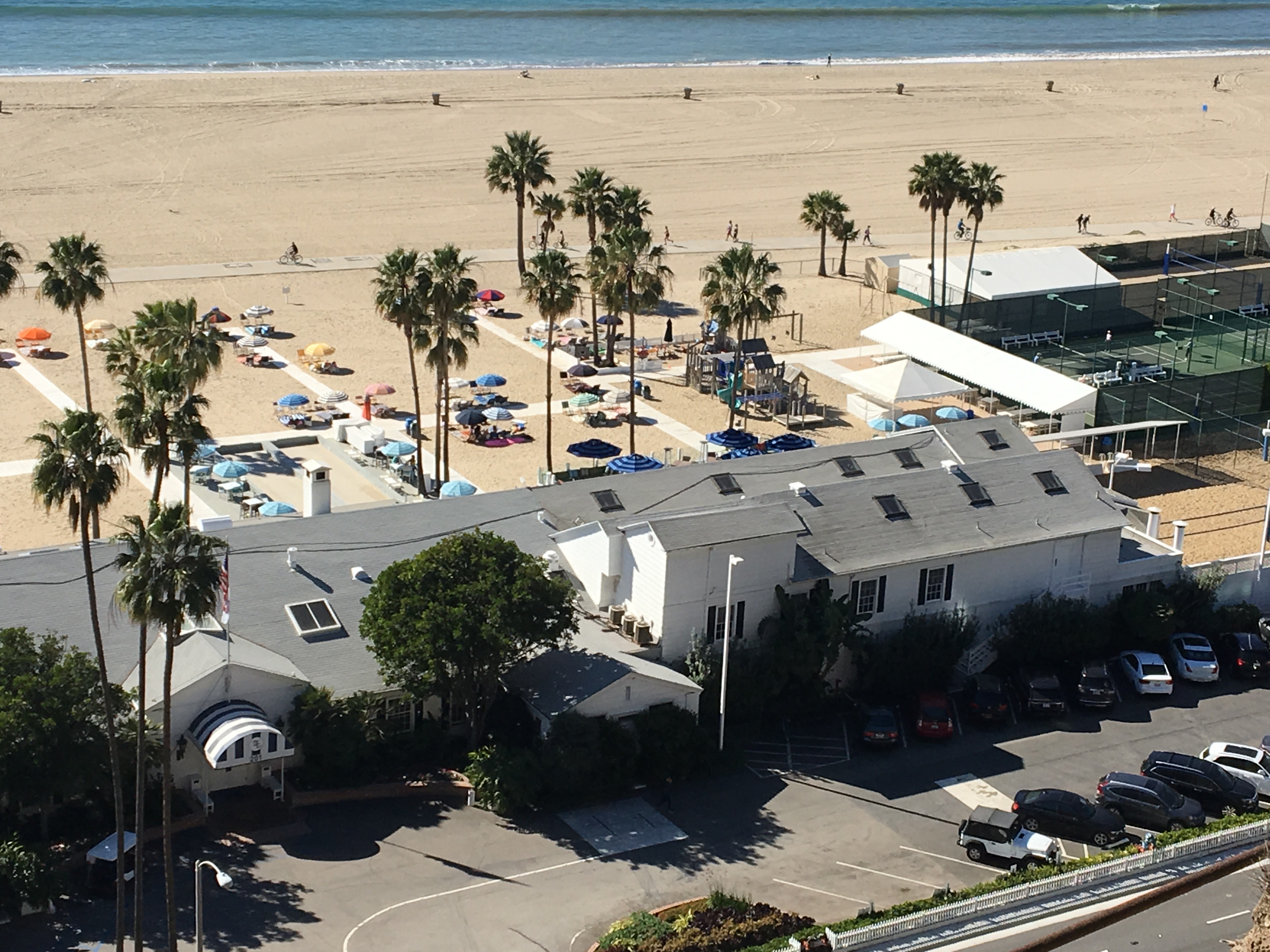 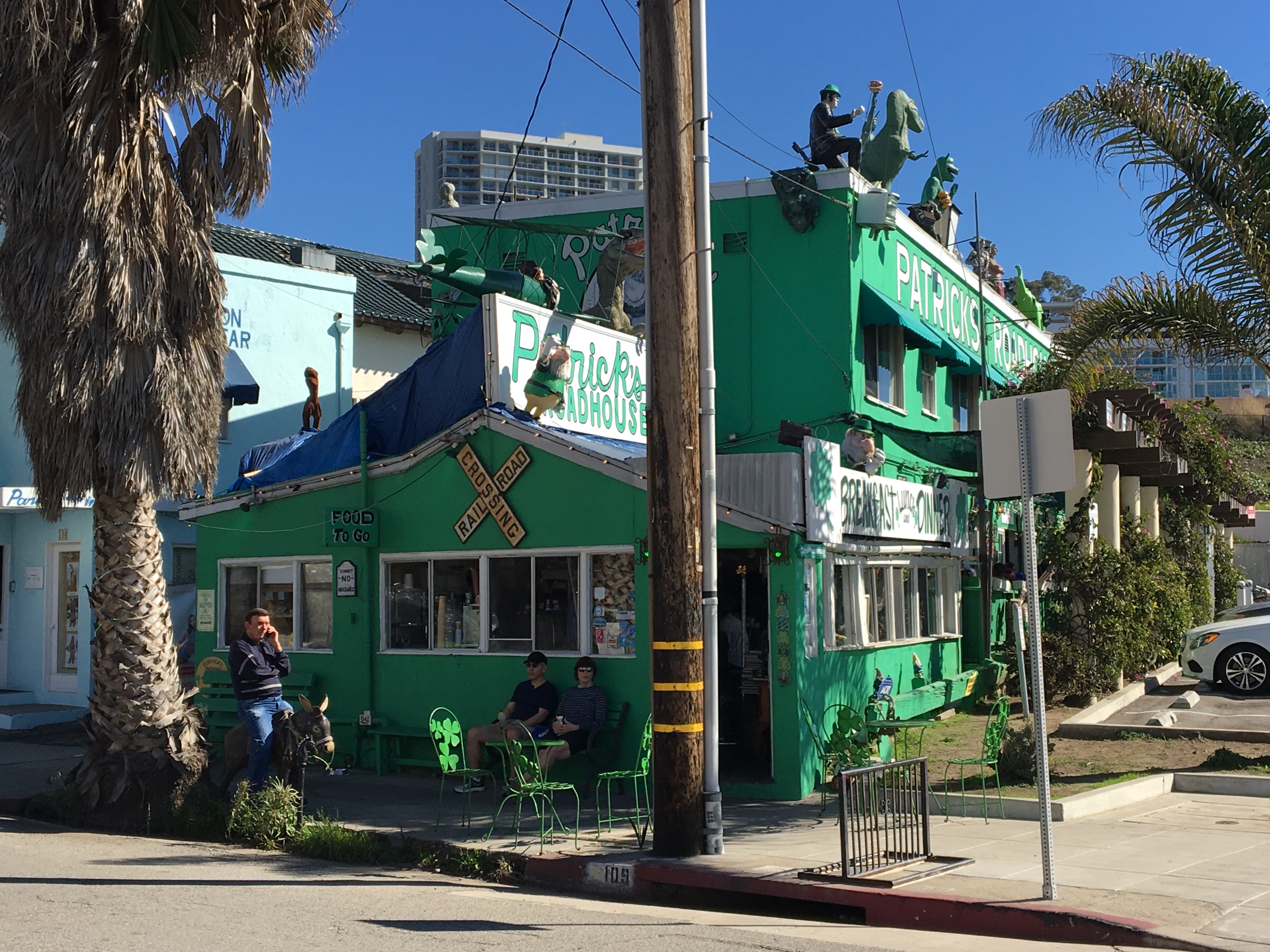 Santa Monica is a beachfront city in western Los Angeles County. The city is named after the Christian saint, Monica. Situated on Santa Monica Bay, it is bordered on three sides by the city of Los Angeles – Pacific Palisades on the northwest, Brentwood on the north, West Los Angeles on the northeast, Mar Vista on the east, and Venice on the southeast. Santa Monica is home to many Hollywood celebrities and executives and is a mixture of affluent single-family neighborhoods, renters, surfers, professionals, and students. The Census Bureau 2010 population for Santa Monica was 89,736. Partly because of its agreeable climate, Santa Monica had become a famed resort town by the early 20th century. The city has experienced a boom since the late 1980s through the revitalization of its downtown core and much new build in the 2010s, with significant job growth and increased tourism.

The Santa Monica Carousel sits on the Santa Monica Pier, which was built in 1909. The La Monica Ballroom on the pier was once the largest ballroom in the US and the source for many New Year’s Eve national network broadcasts. The Santa Monica Civic Auditorium was an important music venue for several decades and hosted the Academy Awards in the 1960s.McCabe’s Guitar Shop is still a leading acoustic performance space as well as retail outlet. Bergamot Station is a city-owned art gallery compound that includes the Santa Monica Museum of Art. The city is also home to the California Heritage Museum and the Angels Attic dollhouse and toy museum. Santa Monica has three main shopping districts, Montana Avenue on the north side of the city, the Downtown District in the city’s core, and Main Street on the south end of the city. Each of these districts has its own unique feel and personality. Montana Avenue is a stretch of luxury boutique stores, restaurants, and small offices that generally features more upscale shopping. The Main Street district offers an eclectic mix of clothing, restaurants, and other specialty retail.

The Downtown District is the home of the Third Street Promenade, a major outdoor pedestrian-only shopping district that stretches for three blocks.  Third Street is closed to vehicles for those three blocks to allow people to stroll, congregate, shop and enjoy street performers. Santa Monica Place, the indoor mall designed by Frank Gehry, is located at the south end of the Promenade. After a period of redevelopment, the mall reopened in the fall of 2010 as a modern shopping-entertainment complex with more outdoor space. Santa Monica hosts the annual Santa Monica Film Festival.

The oldest movie theater in the city is the Majestic. Also known as the Mayfair Theatre, the theater which opened in 1912 has been closed since the  1994 Northridge earthquake. The Aero Theater and Criterion Theater were built in the 1930s and still show movies. Palisades Park stretches out along the crumbling bluffs overlooking the Pacific and is a favorite walking area to view the ocean.

The Santa Monica Stairs, a long, steep staircase that leads from north of San Vicente down into Santa Monica Canyon, is a popular spot for all-natural outdoor workouts. Some area residents have complained that the stairs have become too popular, and attract too many exercisers to the wealthy neighborhood of multimillion-dollar properties.